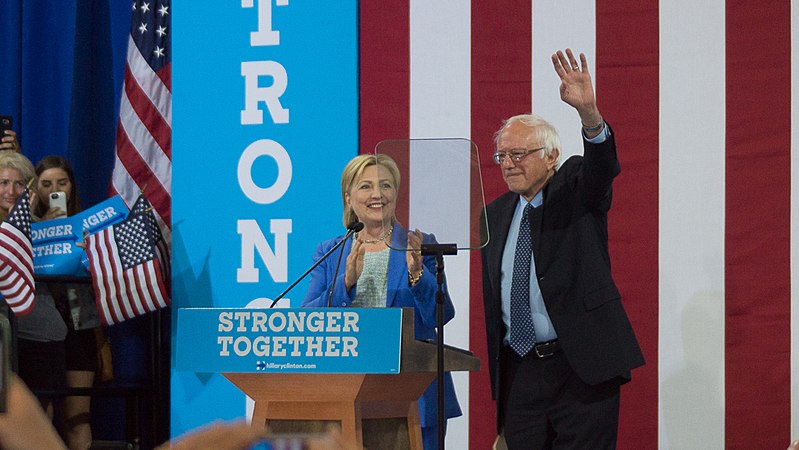 The Leader of America’s dive to Socialism, Bernie Sanders has proven he can be bought off.  Last time for a beach house to endorse Hillary… this time, will the price to dump his candidacy be a lifelong replacement for his beloved luxurious campaign plane?

Sanders is “toast” now.  He was always toast because the fix was in from the beginning for anyone but Bernie.  The ideally timed dropping out of Amy Klobuchar and Pete Buttigieg on Super Tuesday eve validated that scenario beyond debate.

For a brief moment, as the compromised Joe Biden hourly exposed his diminished capacity, the Democrat establishment turned to “Mini-Mike” Bloomberg as their back up plan.  A back-up plan with benefits… Bloomberg wrote a huge check to the financially strapped Democratic National Committee (DNC) and he had billions more to finance his own campaign.  But Bloomberg was a disaster of biblical proportions and his love affair with the Democrat establishment/media elites was even shorter than Lizzie Warren’s.

Poor Bernie thought he had a chance this time… Air Force One would soon be his.  Sanders had a better organization than anyone in the race, genuine political passion for his candidacy, and the necessary money to run a serious campaign.

But once again, is Bernie Sanders a duped old fool or could he have the last laugh and keep his “movement” alive by running as a third party candidate?

Sanders’ candidacy is often compared to President Trump’s based on the loyalty and genuine zeal of those who support them.  He would be a long shot as a third party candidate, but he would keep his revolutionary socialist “movement” alive while helping to advance the candidacies of more left wing clones of himself and Rep. Alexandria Ocasio-Cortez.

Is Bernie Sanders a true revolutionary deserving of the die-hard devotion of his believers or will he be bought off again by the Democrat power brokers for a costly trinket?  Will the curtain on his revolution be pulled back exposing a cowardly for sale politico more wedded to the perks of wealth than to the principles of his movement?

Is Bernie Sanders man enough to keep on fighting and not bow down again to the higher powers in his adopted party and their mainstream media propagandists?  Is he the iconic “slayer of swamp dragons” his Bernie believers trust him to be?

The next few weeks will be a window into the political soul of Bernie Sanders.  Will his hard fought crusade continue or will we soon see him, his clasped hand raised with the corrupt and doddering Joe Biden’s, in capitulation to the elites?

My money is on the Biden endorsement photo-op; but for the idealists who truly believed in Bernie, I hope I am wrong.

The Jayne Carroll Show - Jayne Carroll earned her stripes as the “First Lady of Talk Radio” more than 20 years ago. She's a conservative political analyst and former policy advisor, speechwriter, manager and media specialist. Listen to her show LIVE Mondays & Thursdays at 7PM PT / 10PM ET and he...
View on Facebook
·Share

Jayne is joined by Dan Sandini, Aaron Stevens, and Skip "Man of the People", for a Conservative Council that previews the Presidental Debate tomorrow night.
View on Facebook
·Share