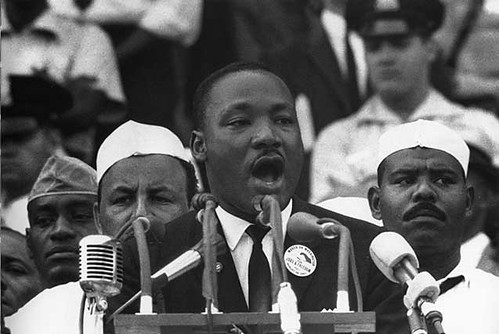 Is it time for some hard core honesty even if it is defames one of America’s great historical icons, Dr. Martin Luther King, Jr.?

These 55 year-old accounts are part of copious tapes, wiretapped phone calls, bugged hotel rooms and reports by undercover FBI agents who were part of a massive operation, led by the infamous FBI director Jay Edgar Hoover, to take down Dr. King.  Hoover believed the civil rights icon was a “notorious liar”, sexual deviate and “one of the lowest characters in the country.”

It has long been known that Hoover’s investigation was authorized and encouraged at the time by then President of the United States John Kennedy and his Attorney General brother, Robert F. Kennedy.

Yet the information has all but been ignored by the mainstream propagandists for over 55 years.  According to Garrow, it was because back in the 1960’s, the sexual lives of prominent Americans were considered “off limits” by the media.  It was the same unspoken rule that spared John F. Kennedy from having his numerous extramarital affairs exposed before and while he was president.

But the 60’s were over half a century ago, and we are now in the era of the “Me Too” movement. We are also living in an age when anyone the “politically correct’ elites define as flawed and contemptible by today’s standards, must be outed and stripped of all their historical honors. Founding fathers, such as George Washington and Thomas Jefferson, who were slave owners who freed their slaves long before the Civil War, are now seen by many as undeserving of having anything named after them, let alone be the beneficiaries of countless statues and monuments built in their honor.

Say goodbye to half of Mount Rushmore.

But there seems to be a media moratorium on covering these latest allegations, as captured on tape, against Dr. King…especially in the United States.  Over the decades, most historians have ignored the findings of the heavy handed FBI investigation into arguably the most significant civil rights leader of his time. On top of King’s significant stature, the dubious tactics and abuse of power by FBI Director Hoover were legendary.

At the height of the FBI’s, President Kennedy sanctioned, “spying on King”, the civil rights icon had become a titan in the American Civil Rights movement.  He won the Nobel Peace Prize for his non-violent demonstrations, leading a successful year long bus boycott in Montgomery and organizing massive marches and sit-ins in Birmingham to protest long standing racial segregation in Alabama.  King’s “I Have a Dream” speech, one of thousands given by the Christian Reverend, is ranked among the best and most impactful orations in American history.

Dr. Martin Luther King is, without a doubt, one of our nation’s most significant and revered leaders.

So, if these allegations of David Garrow can be substantiated, should they be ignored?  Can the vileness of Dr. King’s alleged misdeeds, even if found to be completely true, be marginalized into being justifiably forgotten due to the magnificence and historical contributions of this amazing American?  The almost universal response of the media and contemporary historians is evidently: YES!

It has become one of our history’s worst kept secrets that Dr. King had numerous extramarital affairs. While these documented dalliances may diminish King’s Christian credentials and hurt his wife and family, most of his admirers have chosen to ignore his private life out of appreciation for the grand achievements of his public crusade.

But these latest allegations are not something between Dr. King and his wife; if true, they expose a man who treated women, even members of his congregation and activists in his movement, like sexual toys and garbage.

And who made the media “God” with the sole authority to decide whose scandals get covered and whose get covered up?  Is it the same same perpetrators of “fake news” manufactured to do maximum damage to those they loathe…and at the same time, bury real news that might hurt those they champion?

As others have noted, “there is a strong reason why freedom of the press is part of the First Amendment.”  It is a vital factor in protecting our rights, our freedoms, and our nation’s integrity.  But when the media abdicates its constitutional responsibility of journalistic independence and reporting the truth, they become pliable propagandists who nurture deserved distrust and public repudiation.

The lengthy list of dereliction of duty by so-called “journalists” is far more contemptible than anything Dr. King may or may not have done wrong.

Will there soon be a movement or even a debate over whether or not to rename all the countless schools and boulevards honoring Dr. Martin Luther King, Jr.?  Probably not.