Is the Swamp a Massive, Legally-Enabled, Crime Family? 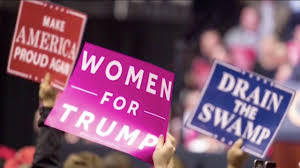 Every American should be chilled to the bone by what the all powerful Swamp is doing to President Trump.  They have been out to destroy him, his family, and his agenda since he rode down the escalator and had the  audacity to run for President.  They rely on the extreme hatred of Trump, their operatives in the media, and their ultimate domination of the “so-called” justice system to masquerade their vicious never ending  political assassination of man, who is not part of their elite club and doesn’t dance to their tune.

Who is the Swamp?  It isn’t exclusive to one political party or one level of government; it is pervasive, dangerous, and violently vindictive.  It is populated with mediocre power-hungry frauds who because “they can’t make it everywhere” are attracted to government positions where their authority and power dramatically exceeds their competence or sense of decency.  Government jobs and political offices are magnets for many who can’t succeed in the private sector because it is a far less challenging  pathway to extraordinary power, perks, money, and dominance over those who would not hire them or admit them in their ranks.

There is an old saying that “politics is show business for ugly people.”  An equal case could be made that the “government is a lazy license to limitless power for control freaks”.

Is everyone in government a corrupt loser?  Of course not.  There are many who are attracted to public service for noble reasons and some opt for less lucrative government careers because it is where they believe they can do the most good.  They are not the Swamp; in fact, the Swamp doesn’t have much more use for the noble in their ranks than they do for those they feel entitled to dominate. Unfortunately for our country, the Swamp rules and when they go after anyone or anything that threatens their omnipresent sovereignty, no one is safe or immune from their unrelenting assault.

Donald Trump was not the endorsed candidate of the Swamp; Hillary Clinton was; but the Swamp would have been equally comfortable with less criminal options such as Jeb Bush or John Kasich.  As long as the winner wouldn’t “rock the Swamp boat” or undermine their monopoly on power, the Swamp would continue to rule.  Donald Trump winning the Republican nomination was an unimaginable horror; the Swamp, with their willing accomplices in the mainstream media, went into overdrive to block Trump from ever getting the keys to the White House.

But Trump did the unimaginable; he beat the Swamp and now the Swamp is using their considerable arsenal to incrementally and permanently obliterate him.  If you beat the Swamp, be forewarned, they will seek your death by a “thousand cuts”.  No one will be safe, your family, your fortune, your colleagues, even your freedom will be threatened.

Associates, who would not be targets of the Swamp unless they could be rolled through legal intimidation to turn on you, will find their homes and their offices raided, their phones tapped.  If the Federal Swamp doesn’t have authority to go after you or your family, they will go after you in the courts of the State Swamps.  They will use the IRS to intimidate, commission fraudulent dossiers from foreign operatives and use it to get FISA warrants to impoverish and humiliate anyone who supported you over the Swamp.

The Swamp may not be the best and the brightest, but they are greedy and tenacious and have been entrusted with inordinate power to destroy anyone who undermines that power or increasing affluence.   Have you ever noticed how many  middle class politicians run for office and end up in the 1%?   The only thing that can stop them is the sense of fair play and courage of the American people.

Are you “mad as hell” and not willing to take it anymore or is the Swamp’s perpetual mud throwing and character assassination tearing down the wall of your resolve?  The Swamp is counting on their rent-a-mob resistance violence, the haters of all things Trump, the fickleness of the “Deplorables” to stay the course, and their like thinking Swamp media hacks to get back their total domination.  Who knows, if they do their job, maybe the Swamp can get their dream candidate Hillary Clinton “elected” President after all.

1 thought on “Is the Swamp a Massive, Legally-Enabled, Crime Family?”

Jayne is joined by Skip "Man of People" 7:20: Producer Picks 7:30: Kevin Hoar, Spokesperson for the
View on Facebook
·Share

Jayne is joined by Aaron Stevens for a show on a miriad of topics.. from VA Governor to Olympics!
View on Facebook
·Share