Bill Clinton Plays the Victim Card… if only he had pardoned himself! 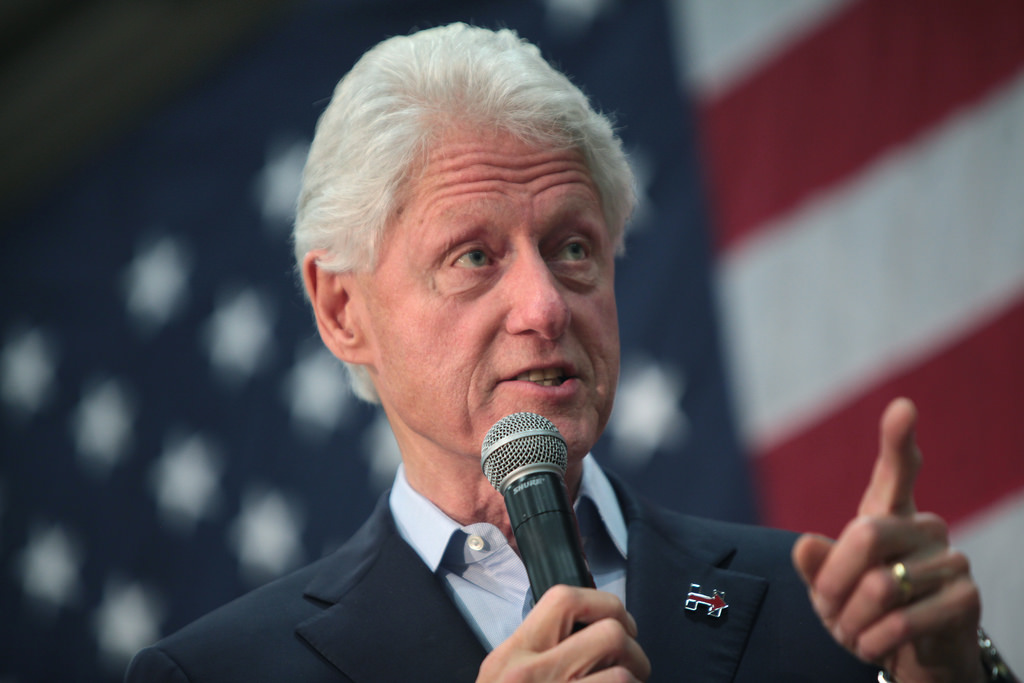 Impeached ex-president Bill Clinton has crawled out from beneath the rock he has been hiding since the #MeToo movement took center stage months ago.  And it wasn’t a coincidence that the poster boy of the movement was none other than one of the biggest financial backers and co-horts of both Clintons…the debauched sleaze bag Harvey Weinstein.

Obviously, not wanting to remind everyone of his own legacy of serial sexual harassment, rape and sexual assault allegations, and infinite cases of marital infidelity, the #MeToo movement has relegated the presidential playboy into intentional obscurity.

But you can’t sell books in self-imposed “witness protection” program style exile; so the most famous face of presidential perverts Bill Clinton is out on the stump again.  He has “co-authored” a book with the richest and one of the most prolific writers of our time, James Patterson.

Now that the Clintons have no influence to peddle to the highest domestic and international bidders, the Clinton Foundation gravy train is no longer raking in the kind of extraordinary cash to underwrite the lifestyle of the not as rich, but still infamous Clintons.

Selecting the always Clinton sycophantic TODAY SHOW as one of the first stops in their book tour, both Patterson and Clinton seemed caught off guard when NBC, the network who protected Matt Lauer’s sexual proclivities for decades, raised the issue of the #MeToo movement and Clinton’s impeachment for lying under oath in a sexual harassment case.

Clinton, visibly caught off guard, becomes more hostile as the interviewer explored whether or not he would have handled the situation today as he did 20 years ago.  When asked if he had ever apologized to Monica Lewinsky, Clinton said he had apologized to the world repeatedly, but admitted he had never done so personally to Lewinsky.

An increasingly agitated Clinton eventually claimed he was the victim (he owed $16 million in legal fees at the time) and that the questions he was being asked were factually flawed and misguided.  He bragged about the number of female hires in his administrations and complained about President Trump’s sexual misdeeds.  At one point, his “co-author” Patterson pathetically chimed in with the “that was 20 years ago” card and brought up the comparative sexual peccadilloes of John F. Kennedy and Lyndon Johnson.

“Did you think John Kennedy was a good president?” bellowed the desperate to change the subject serial White House adulterer Clinton .

“Did you?” demanded Hillary’s husband.

The NBC reporter didn’t take the bait; but he also didn’t go beyond the relationship between then President Clinton and his young intern into the far more serious allegations of Clinton rape, sexual assault, and harassment.

No, Bill Clinton was the real victim here; he was the one who unfairly owed $16 million in legal fees when he left the White House.  And that didn’t include the $800,000 he paid to Paula Jones to settle the sexual harassment case she had against him…the case where he lied under oath causing his license to practice law to be revoked for five years.

Poor victim Bill Clinton; he should have just pardoned himself back when he still could.  And his dang wife couldn’t even get elected; so she  won’t be able to pardon him either.  There’s always daughter Chelsea waiting in the wings.

Link | Sorry for what? Bill Clinton insists he doesn’t owe Monica Lewinsky an apology for hijacking her life by seducing her while president – and says HE’S a victim because the legal fallout left him $16 million in debt

Jayne Carroll hosted a daily talk show in afternoon drive time in the Portland, Oregon metro area for more than 20 years.  She wrote a popular conservative newspaper column for over a decade.  Her live shows and podcasts can now be heard at TheJayneCarrollShow.com in addition to her political commentary, “Jayne Says“.  She and her Producer Jeremy can be contacted here.  Guest appearances and speaking bookings can be arranged via email at radiojayne@comcast.net.

1 thought on “Bill Clinton Plays the Victim Card… if only he had pardoned himself!”