Clue to Rand Paul, you lost! 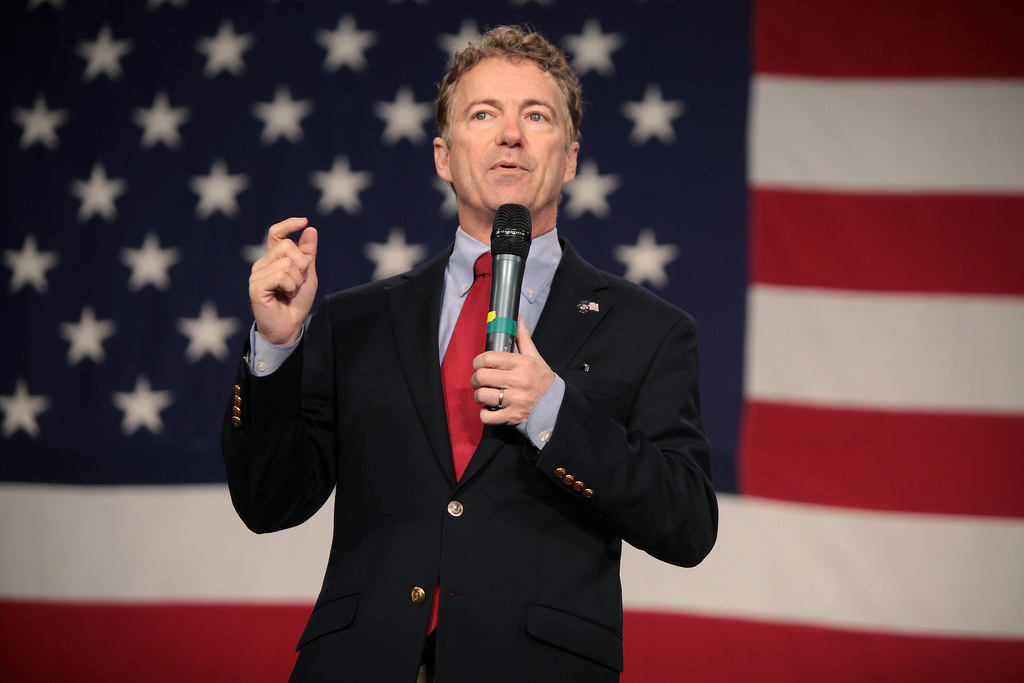 Rand Paul is a principled and valuable member of the United States Senate.  Unlike Swamp Kings John McCain and the appropriately named Jeff Flake, whose only recent reasons for existence appears to be to oppose everything President Trump proposes to make America great again, Rand Paul has integrity and solid core values.

Yet, Senator Paul’s opposition to the confirmation of CIA Director Mike Pompeo at the President’s next Secretary of State, based on his sincere belief that Pompeo is too hawkish and out of sync with the President’s own professed foreign policy doctrine, is neither helpful or compelling.

The Republicans have a one vote majority in the Senate Foreign Relations Committee. If Senator Paul votes to oppose Pompeo’s confirmation and all the Democrats on the Committee, as they have indicated they will, join him in his opposition, Pompeo will not have the endorsement of the prestigious committee as his confirmation heads to the Senate floor.  This means the Democrats, once again thanks to a Republican, win another battle with the President.

While it appears a handful of Democrats running for re-election in solid Trump states will back Pompeo and therefore he is likely to be confirmed, the media will play up the internal strife the President continues to have with his own party.  For what?  Grandstanding?  Playing into the hands of the Trump loathing mainstream propagandists?

Presient Trump has a marvelous working relationship with Mike Pompeo.  With foreign policy taking center stage in the Trump presidency, he needs a strong, brilliant Secretary of State who garners his complete confidence   Pompeo was first in his class at West Point, at the top of his Harvard Law School graduating class; simply stated, he leaves most of the mediocrity in the U.S.Senate in his dust.  He has been a refreshing and talented Director of the C.I.A.  The president sent him on a clandestine mission to work out talks with the head of North Korea.  His successful mission is not only is being praised by even some of Trump’s most rabid critics, but Pompeo did it without one leak… an achievement of stunning proportions in these tell-all and toxic times.

Pompeo was confirmed by a vast majority of the U.S. Senate to be C.I.A. director; the only difference between today and then, is the Democrats/media don’t want a “ giant” on Trump’s foreign policy team. Rand’s Paul claim that he is looking out for the president by not supporting the addition of another bellicose member to Trump’s foreign policy advisor team may resonate with Paul’s own isolationist philosophy, but it simply is not a good justification for opposing a competent and exceptional nominee.

President Trump claims “Rand Paul has never let him down” and the two men have developed an unusual working relationship between politicos who often do not strategically or even ideologically agree, but this is the wrong way for Paul “to look out for the President.”

President Trump won the election.  Rand Paul, a Republican presidential contender in 2016, was knocked out of the race early on.  The winner gets to pick his team; it is what he was entrusted by the electorate to do.  Opposition to a nominee based on corruption, character flaws, incompetence or other reasons making that nominee unfit is legitimate, but anything short of that is unacceptable.  It’s repulsive and frustrating from Never-Trump Democrat “resisters” who have set records for blocking the president’s nominees to the courts, ambassadorships, and vital cabinet positions; but from Rand Paul it is counterproductive and egocentric.

Senator Paul has agreed to sit down with Mike Pompeo before he casts his committee vote.  Hopefully, at the end of the day, President Trump will still be able to claim “Senator Paul has never let me down.”

Do the right thing Senator Paul; stop opposing a good man for the wrong reasons and being a pawn for the President’s haters.