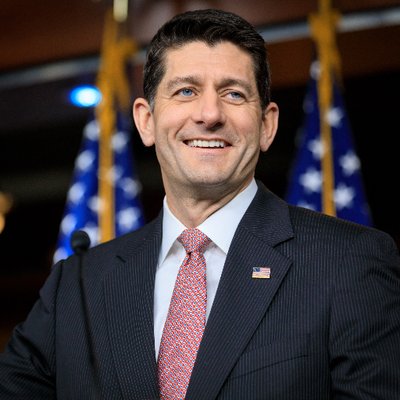 Watching Paul Ryan announce his plans to not run for re-election was like running into an ex-husband or boyfriend who you once were crazy about and wondering, “what the heck did I ever see in that jerk?”

The former fair haired stalwart of fiscal conservatism, who just pushed through Congress a bloated, obscene spending bill to make the most zealous tax and spend Democrat downright giddy, finally announced his decision (after denying it for months) that he is not running for his congressional seat again, but he will bless all of us by remaining Speaker through his final term.  What a grand gesture!

Ryan’s graceless departure from the building is emblematic of how he approached his Speakership… self-serving, clueless, and almost perpetually disappointing.  He’s doing what is best for him, still lives in the delusion that he is revered, and is going home to Mommy so he doesn’t have to do the dirty job of defending the president who he often describes “as not who we are.”

In the final analysis, Paul Ryan is “not who we are.”  Conservatives once thought he was; but the curtain has been pulled back exposing just another Swamp creature frantically pushing all the bells and blowing all the whistles to preserve the status quo.

Rumors about Ryan not running again have been out there for ages; a leader who actually cared about his seat and keeping the Republican majority in the House, would have announced his decision much sooner leaving more time for a replacement candidate to mount a successful campaign.

A speaker who genuinely cared about his party maintaining the majority wouldn’t cut and run with the mid-term elections only months away.  Why?  Because party leaders are the chief fundraisers for their legislative colleagues; lame ducks don’t attract the same kind of revenue as someone who will be there for the next round.  The very least Ryan could have done at this late date was run again and then step down; thereby keeping his seat in the Republican column.  Now, even his sure seat will be in jeopardy.

If Paul Ryan had been the outstanding leader so many expected him to be when he replaced the woeful John Boehner, his announcement that he wants to spend more “time with his children” would not seem as grass and politically fake.  What is it with cut and run or about to be thrown out of office politicians who seem to wake up one morning and suddenly realize, “I have a wife and kids who I must spend more time with”?

But Ryan isn’t leaving his party in the lurch; he will do them a giant favor and stay in his big Speaker’s office with the hundreds of staffers at his beck and call until he heads home to be with the kiddies and the Mrs. during the Christmas break.

Republicans shouldn’t let the lame duck make all the calls; especially that with him at the helm, they are on the verge of losing the House majority.  Tell him thanks but no thanks and demand he turn in all his keys..”the door’s that-a-way.”

Fill his vacated congressional seat in the next couple of weeks, giving a Republican appointee a head start in the race to replace Ryan.

And dump Paul Ryan as Speaker today.  Give him a plaque and buy him a bus ticket home.  Put a new leader in, one who is “who we are”, and infuse the base with new hope and energy and a reason to go to the polls in November.  The mainstream propagandists keep telling us that a “blue wave” is coming, Democrats will crush the Republicans in the midterms, and the impeachment of Donald Trump will soon be underway.  If that nightmare comes to fruition, Paul Ryan and Mitch McConnell will deserve much of the blame.

Cut our loses, give Ryan the boot, and lets usher in a Speaker who will work with and not against the”deplorables” to make America great again.

Jayne Carroll hosted a daily talk show in afternoon drive time in the Portland, Oregon metro area for more than 20 years.  Her live shows and podcasts can now be heard at TheJayneCarrollShow.com in addition to her political commentary, “Jayne Says“.  She and her Producer Jeremy can be contacted here.