Democrats Explode AGAIN…and the bile backfires in their hysterical faces 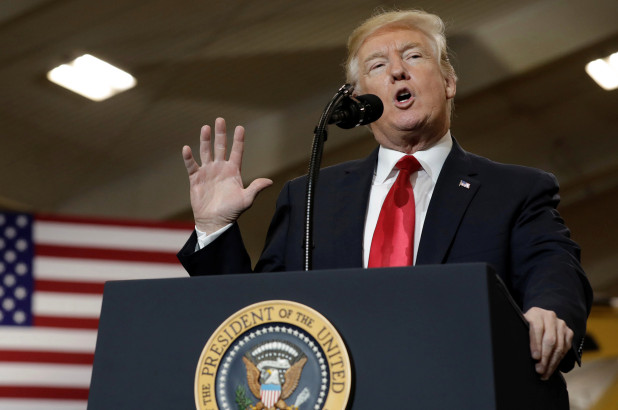 No wonder the Millennials are wimpy “snow flakes” and can’t handle anything that doesn’t go 100% their way, look at their parents/grandparents in the media and in the halls of congress.

President Trump’s summit meeting with Russia’s Putin is being described as “treason”, worse than “Pearl Harbor” and 9/11, ‘Trump is Putin’s Poodle”, we need a congressional investigation into their meeting, blah, blah, whine, snivel, hysteria…IMPEACH 45!

One could reasonably conclude that even if the summit had gone brilliantly, these same sob sisters would be comparing it to Pearl Harbor and 9/11. So it wasn’t a home-run for the president; and he didn’t assault Putin while he had the chance. Imagine if he had….the headlines would read “Deranged Trump physically attacks Russian leader and risks nuclear obliteration for the entire planet.” Lock him up!

But this was different we are told, even some Republicans are chastising him and attacking his behavior. “Trump doesn’t back and trust U.S. Intelligence, he is a traitor.” How is it different for John McCain, Paul Ryan, Bill Kristol and other Nevertrumpers to join the Democrats and attack Donald Trump? It would be a big story if they did not; this is business as usual.

I am not a traitor, anything but, but to be honest, I don’t trust U.S. intelligence either.

“U.S. Intelligence must be trusted; they are our best and brightest”…this from liberals who have demonstrated complete contempt for such agencies when a Clinton or Obama is not in the White House.

Does the C.I.A. deserve our complete trust?     … the FBI is a paragon of truth and justice (yeah right, Peter Strzok, James Comey, and Andy McCabe are despicable, biased corrupt human beings)…why is it treasonous to be dubious about their tactics and ethics and conclusions?

These girlie-men are the epitome of the Swamp. I know, I know….most of the FBI are brave and noble and honest; but I would be a lot more impressed if those good guys in our intelligence agencies were not standing by mute as the Strzoks and Comeys exhibit the worst imaginable behavior. If A.G. Rob Rosenstein is emblematic of the “best and the brightest”, we are in deep trouble.

This is a hysterical feeding frenzy by the Swamp. I truly don’t believe that most of the American people are experiencing the same manical furor about the Trump’-Putin summit. Not even close. It wasn’t Trump’s usual negotiation triumph, but was it 9/11? Pearl Harbor? It seemed like Monday to me; and to be honest, not a particularly memorable Monday.

But this “Crying Wolf” by the Trump loathers is getting old. And when you do it day after day, hour after hour, minute after minute, you can’t be surprised when most of America yawns as they mouth Reagan’s famous words, “There you go again.”

It’s summer…take a vacation…go to a baseball game….take a valium. But please stop these over the top tantrums…its hard to take you seriously when you become raving lunatics over the equivalent of a bad hair day.