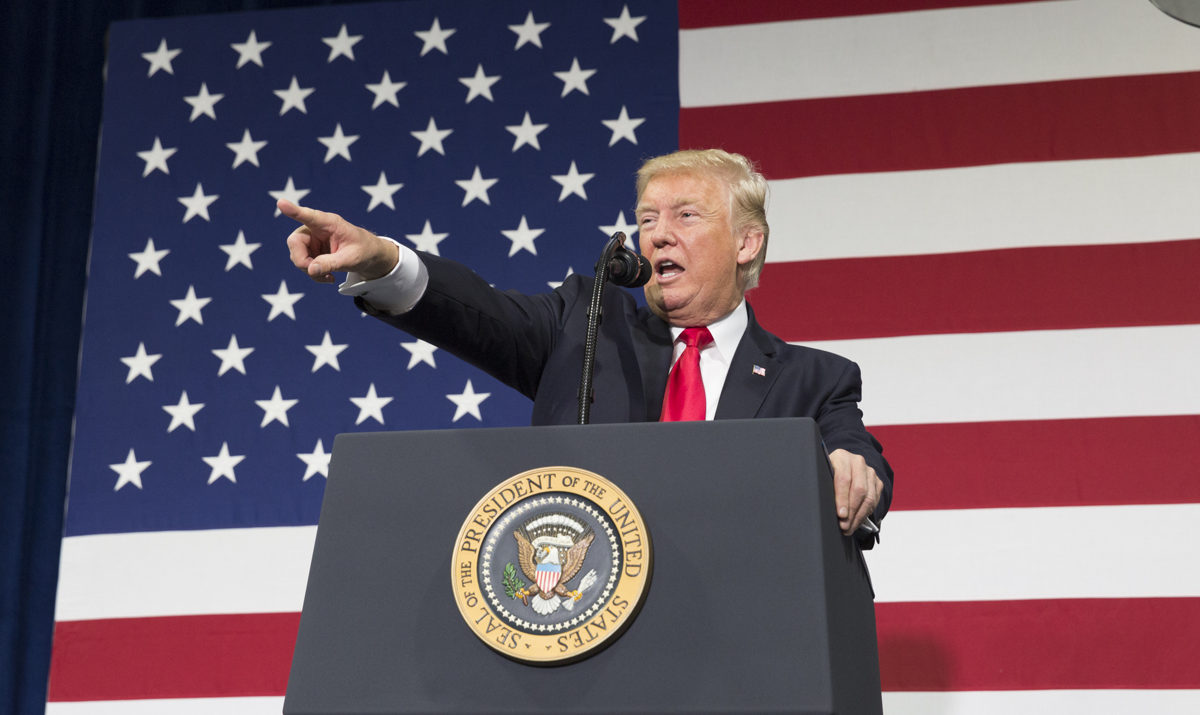 Republicans have been catatonic about their prospects in the 2018 elections.

Establishment Republicans (the Trump skeptics) still can’t grasp why President Trump was elected in 2016 and deep inside still wish it was President Jebb Bush or John Kasich at the helm.  Tea Party Republicans, who for the most part are delighted with the President, are finding it difficult to show up at the polls to re-elect clones of Paul Ryan and Mitch McConnell.

Traditionally, midterm elections are better for the party out of power.  Anger, and usually the out of power party has more of it than the majority party, tends to “win the day” in lower turnout midterms.  Adding to the “out of power” edge for the Democrats is that 40 Republican incumbents in the House and Senate are not running for re-election.

Throw in the 24/7 attacks on President Trump, his family, his supporters, and his team by the mainstream propagandists and you have a sure-fire formula to a 2018 Democrat victory, their inevitable impeachment of President Trump, and a 2020 presidential landslide for whoever the Democrat nominee will be.

Are the Democrats making a lemon out of lemonade?  Are they taking all the distinct advantages they have for 2018 and 2020 and squandering them with the same foolish abandon, they irresponsibly employ when spending our tax dollars?

Democrats are said to be filed with so much hate, they will “walk over hot coals” to vote for any Democrat with a pulse as long as that Democrat will help derail the Trump presidency.  Even Trump enthusiasts, without Trump on the ballot, are anticipated to sit out the midterms.

But is all the viciousness, bullying abuse, and fear mongering of the Trump haters lighting a fire under the Republican base?   Have they gone too far with their over the top rage and never ending hissy fits?  Are their claims that Trump started it all and they are just coming down to his level actually exposing the darker souls of the sinister far left?

Most people, including the independents and the Democrats who voted for Trump in 2016, don’t seem to equate Trump’s name calling (“Crooked Hillary”, “Rocket Man”, “S.O.Bs” … Trump’s term for NFL players who kneeled for our flag) with left wingers posing with a bloody decapitated head of the president, calling his daughter the “C” word, or suggesting that the Trumps’ young son Barron to be locked in a cage with pedophiles.

The villainous  behavior of Congresswoman Maxine Waters demanding verbal abuse and physical confrontation of anyone on Trump’s staff or any American with the audacity to support him has torn the scab off the smoldering wound of too many Democrat’s toxic over the top loathing of the duly elected president.  It has revealed  an irrational and diabolical callousness of epic proportions.  It appears not to be playing well in the heartland.

As their once insurmountable double-digit lead in the congressional polls has diminished to near a dead heat, you would think the haters would amp down their distasteful tactics; but the Democrats appear to be convinced  that it is their only motivator which will get their Trump haters to the ballot box in November.

So they lie and attack and “resist”.  They claim they want to help “DACA” kids, but they much prefer to have that group remain in limbo as long as it serves as a wedge issue against the Republicans.  They hired rent-a-mobs to protest Trump’s continuation of Obama’s eight year practice of separating parents from children when they come to America illegally; but when Trump changed the policy, they doubled down and hired more and more mobs to protest a practice that no longer exists.

When Obama separated children from families at the border, not a peep was heard; since Trump overturned the Obama policy, the left wing outrage has been heard all over the world through the Democrat supporting fake media.  Obama does it, the silence is deafening; Trump changes the policy (as they demanded), they riot in the streets.

We know they oppose building a wall (even those who voted for it before it was proposed by President Trump), but now many of them are calling for open borders and the abolition of our only border enforcement agency I.C.E.  In the last two months alone, I.C.E. agents have stopped 70,000 illegals from invading America…many of them repeat criminals, MS-13 members, and worse.  Now the Democrats want to “get rid of ICE” as they champion allowing illegal immigrants and their children staying in America.

President Trump is about to nominate a new Supreme Court Justice.  The Democrats have let it be known that they will oppose Trump’s nominee no matter  who Trump names.  They are even calling for the appointment and the confirmation to be made after the midterms.  Does anyone doubt that if Trump waited, they would then oppose Trump being allowed to appoint anyone for any court in his final two years because he will be a “lame duck”?

“The Republicans did it to Obama,” screeches the Democrats.  “They refused to support his appointee when Justice Scalia died….how is this any different?”

For the record, President Obama was a lame duck in the last year of his presidency, not in the second year of his first four year.   Second, the Republicans had the majority in the confirming body, the Democrats do not.  And let’s not forget, Obama’s far far left jurists Sotomayer and Kagan were easily confirmed with Republican support.  Do the Democrats truly believe elections only have consequences when one of their own is President?

Keep it up Democrats.  “Resist” is not governing; it is a perpetual temper tantrum exposing your festering underbelly.  Trump, much to your chagrin, is doing everything he can to keep his promises and all you do is bellow “Impeach 45” and cheer when Sarah Sanders and her family are ejected from a restaurant.

Getting rid of ICE, opposing the wall, and organizing mobs to riot to oppose a policy that Trump already overturned is pure political genius….keep it up Democrats.  You are doing something the Republicans couldn’t figure out how to do…mobilize their base and get them to the polls even when President Trump isn’t on the ballot.